Video Reproduction
The view from the mind's eye 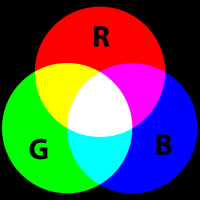 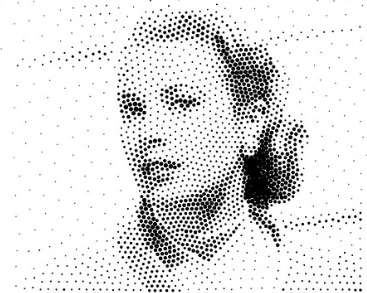 Our brain seeks to make the universe orderly.  For example, a still picture can be sliced and diced into an array of small dots or pixels.  If you stand back, our brain reassembles the dots as a coherent image of the original picture.  A photo in a daily newspaper illustrates this effect.

Divide a moving scene into a sequence of still images. Then repeat the image sequence at a fast rate.  If fast enough, our brain perceives the 'stills' as a moving motion picture.  This process is employed to construct animation, movies, and television.

Our mind's eye also recognizes a rainbow of color from a mix of only three-primary-colors of light, red, green, and blue.
Mixing the three colors allows television engineers to produce a great range of visible-color. 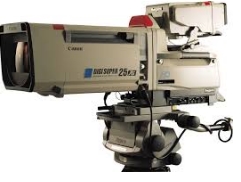 A TV camera divides a moving image into a sequence of still picture frames.  Similar to a newspaper photo, each still frame divides into pixel dots of light.  The sequence of images begins as a TV camera lens focuses its light on the photo-diode array of a charged-coupled-devise or CCD.  CCD photo-diodes convert light to electrical current.  Each sub-pixel or photo-site of the CCD array filter passes its assigned color -- red, green, or blue. 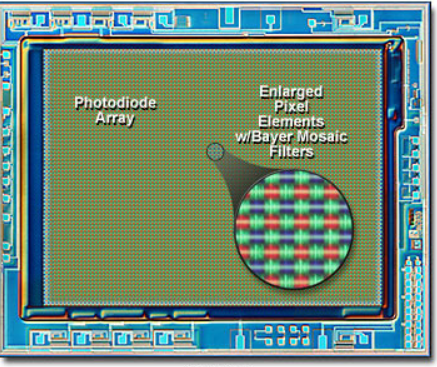 The CCD electronically scans the array at 60* frames per second -- left to right, line by line, photo-diode by photo-diode, top to bottom.  Each photo-diode of streaming electric current is a modulating analog of the original red, green, or blue light.  The modulating streams ultimately convert back into illuminated pixel arrays of the original image sequence of still frames on the television screen.