AV Physics
and the Wave 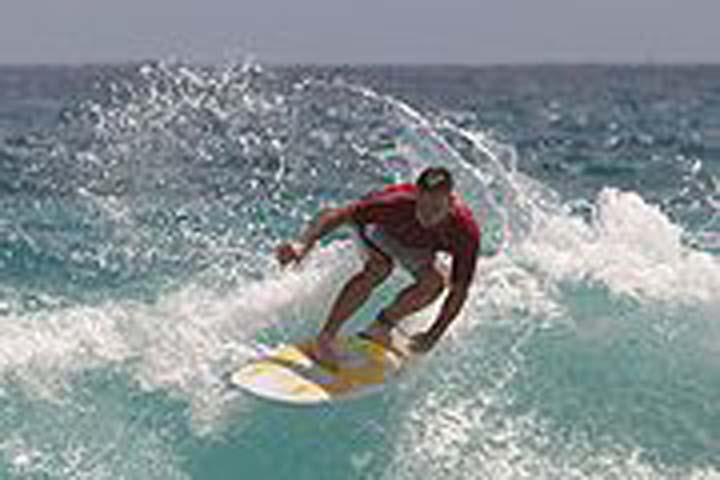 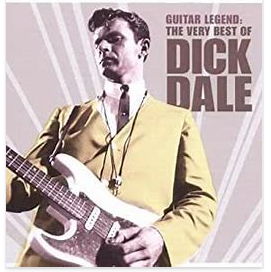 Dick Dale's surf guitar is strapped to his side and plugged in.  Beach Boys harmonies drift with the breeze from a cheap portable radio as an endless cascade of Pacific waves pound an expansive warm and sandy California beach.  Then a stranger from Mars or the US Congress asks, "What is an ocean wave?"

Try this -- An ocean wave is energy transmitted in a spring-like motion through the water.  It initiates with an energy disturbance that causes water molecules to squeeze (compress) and then expand (rarefact) into neighboring water molecules, which repeat the compress/rarefact action.  This compression rarefaction cycle continues until the wave terminates on the beach.

For many in California and Hawaiian beach communities, the surf report is more meaningful than a traditional weather report.  For their sake, let's construct an assessment of the consistency, the power, and the length of the rides they can expect.

For example, the length of the ride, or wavelength, can be described as the distance traveled by one wave cycle.  The cycle begins at a wave's crest, continues to its bottom, then up to the next wave crest.  The consistency or frequency of the waves can be expressed by how many cycles occur per hour, per minute.

Objectively gauge the power of the wave by its height, or amplitude, at the crest of each cycle.  However the backdrop of a vast horizon in an expansive ocean can distort the perceived-height of the wave and mask its real objective power.  Therefore, offer a multiplier of the objective-power that expresses the waves perceived or subjective intensity.

But what does this have to do with audio or video?

All energy, such as the acoustical-energy of sound, and the electromagnetic energy of visible light and radio, is a wave that can be described by its wavelength, frequency, amplitude, and when-applicable, its subjective intensity.