Sound can be store and reproduced for our convenience and pleasure.
This technological magic begins and ends with ...

The Microphone & The Speaker

A microphone is an acoustical-to-mechanical-to-electrical energy transducer.  There are four popular types of microphones: dynamic, ribbon, condenser, and piezoelectric.

A dynamic microphone manages the acoustical-to-mechanical step via a light diaphragm that mechanically shadows and responds to rarefactions and compressions of sound waves.

The mechanical-to-electrical step attaches a light coil of wire to the diaphragm.  The diaphragm mounts over and slides the coiled wire into the gap of a magnet-pole assembly.  The magnet-pole-assembly surrounds the attached-coil.

Sound waves modulate the diaphragm-coil assembly.  Its modulating magnetic field produces a corresponding modulating voltage. The voltage, an analog of the sound waves, then modulates a speaker or feeds the input of a recording device. 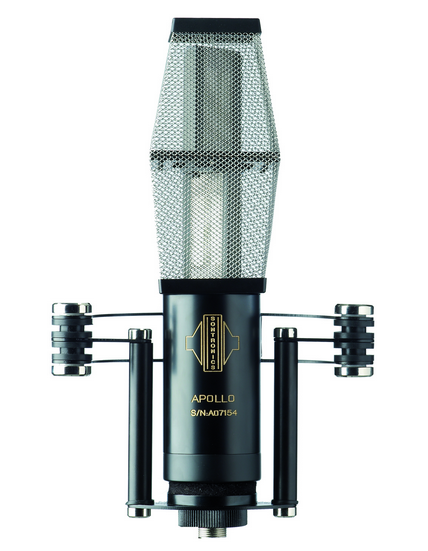 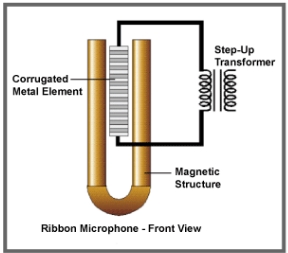 The acoustical-to-mechanical diaphragm of a condenser microphone is essentially one plate of an electrically charged capacitor.  The mechanical-to-electrical stage places the diaphragm-plate near a battery-charged electro-magnet back-plate.

The modulating distance between the diaphragm and the charged back-plate creates an instantaneous modulating voltage.  That voltage is a corresponding analog of the sound waves. 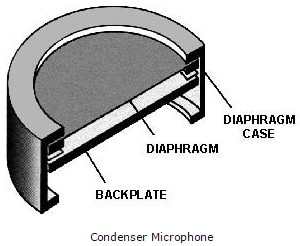 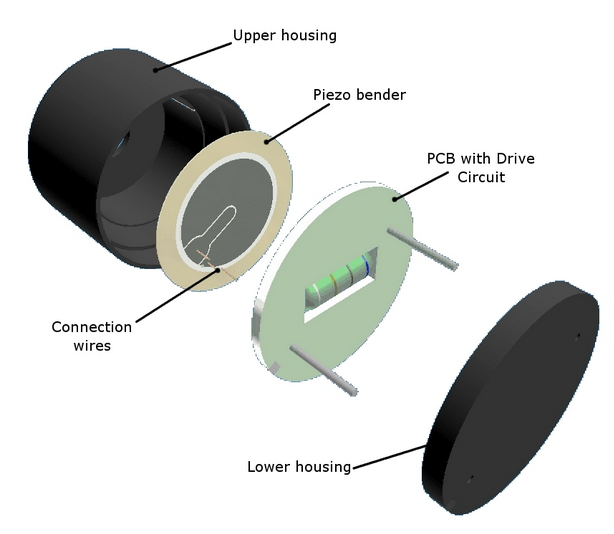 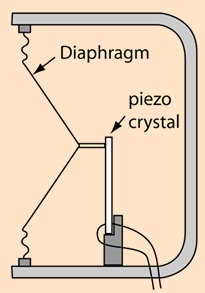 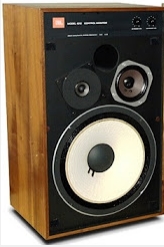 The speaker is the inverse of the microphone.  It is an electrical-to-mechanical-to-acoustical transducer.  As the microphone, there are four popular types of speakers: dynamic, ribbon, electrostatic, and piezoelectric.


The dynamic loudspeaker is the prevailing loudspeaker technology.  A voice coil (a tight-coil of wire) is connected to an amplifier.  The voice coil, attached to a speaker cone, is placed and aligned into the gap of a fixed magnet.  The modulating output voltage of an amplifier continually reverses its polarity.  Reversing electromagnetic polarity creates a push/pull effect.  The push/pull modulates the speaker cone, which reproduces an analog of the sound waves captured by the microphone. 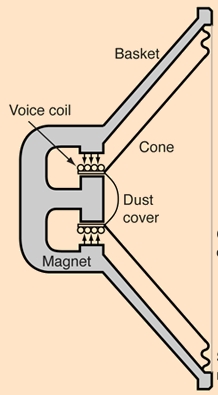 A ribbon loudspeaker is the inverse of a ribbon microphone.  Its electrical-to-mechanical mechanism, a thin conductive flat ribbon of metal foil, is sandwiched between fixed-magnets.  The ribbon replaces the voice-coil and speaker-cone of the dynamic speaker.  The amplifiers reversing polarity modulates the ribbon, which reproduces an analog of the original sound waves. 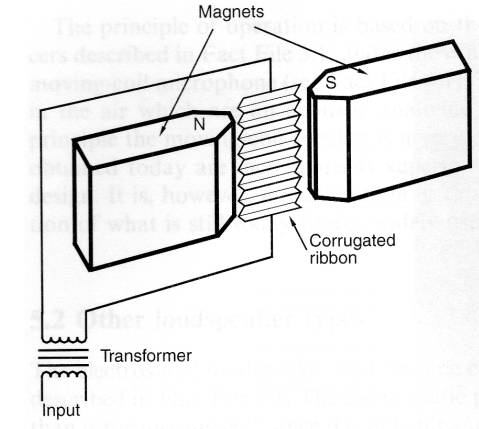 As the condenser microphone, an electrostatic speaker is essentially a larger flat capacitor.   A thin diaphragm of graphite coated Mylar film sandwiched between two grid-stator-plates.  A power supply applies a constant electrical charge, of fixed polarity, to the coated film.  The stator-plates connect to an amplifier.  The amplifier and stators create an electromagnet field.  Amplifier/stator reversing polarity modulates the film, which reproduces the original sound waves. 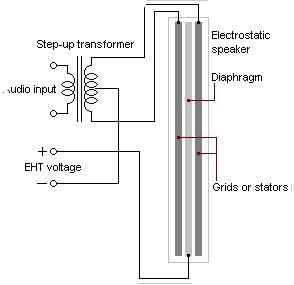 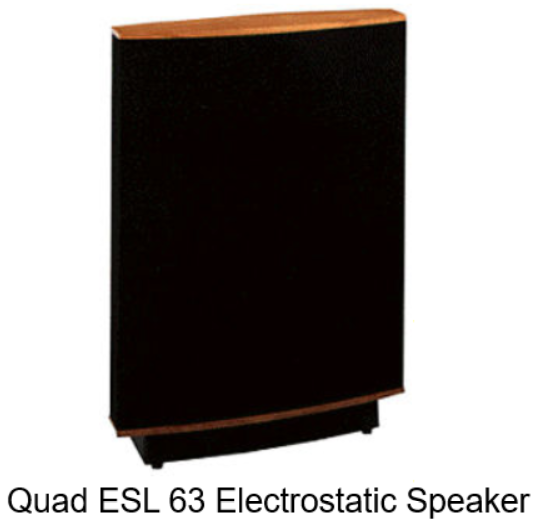 
The piezoelectric is the inverse of a piezoelectric microphone.  In this case, the amplifier's reversing voltage-polarity is applied to the crystal.
The voltage-pressure modulates the crystal surface.  The limitations of the surface movement restrict its use to the reproduction of high-frequency sound waves.
The piezoelectric speaker is a tweeter. 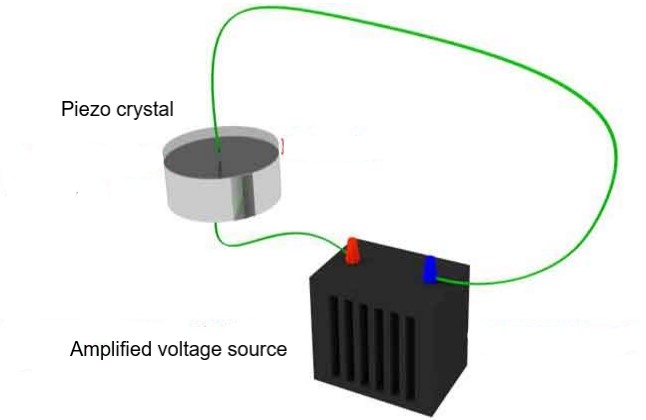 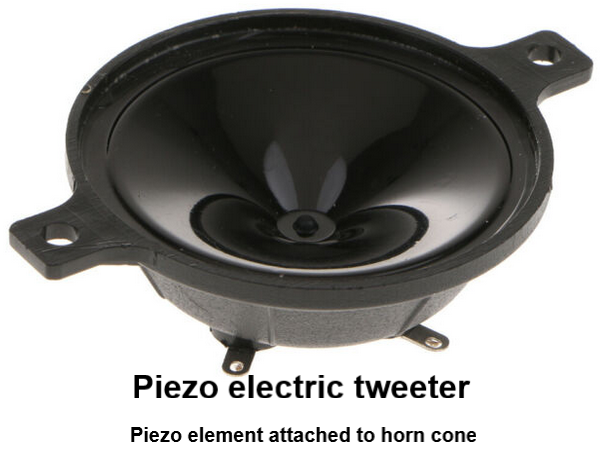