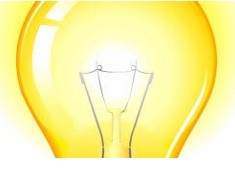 
Luminance is the objective directional intensity of light.  Luminance is to video as audio amplitude or subjective volume, is to audio.
And as the audio decibel, the lumen, foot-lambert, and nit are the measure units of luminance.  The choice of measurement depends on the type of display used.


The Peak Lumen
& The Projector

The lumen is to luminance as the decibel is to sound.  The peak lumen is a measure of video projector luminance.
It measures a projected centered test pattern of a white block filling 10% to 20% on the projection screen.  The balance of the screen remains black.

The LED Lumen
The term LED lumen has been introduced to laser projector spec sheets.
The Laser diode light is LED based.  LED light produce a narrow light beam pattern compared to the UHE-lamp.
The LED lumen measurement accounts for this regarding room lighting.
However, this does not affect peak lumen projector measurement.

The peak lumen is limited to a small angle of projector radiation.  Because of this limitation, the American National Standards Institute offers a more stringent useful measurement, the ANSI Lumen.  The ANSI lumen specification averages several measurements taken at different positions on the projection screen.  As a reference, a projector that produces 1200 peak lumen may only measure 200 ANSI lumen.  This measure is similar to speaker dispersion pattern.

Home theater projector-big-screen enthusiasts are more concerned about the level of light at the viewer than at the screen.  Projector luminance is useful.  But reflected luminance decreases as screen square footage increases.  Luminance also decreases as the distance between the projector, screen, and viewer increase.  The ANSI lumen does not sufficiently facilitate the home theater enthusiast's objective.

As a reference, the Society of Motion Picture and Television Engineers (SMPTE) recommends a level of 12 to 22 Foot-Lamberts with a goal of 16 ft-L in a dark room.  If a low level of ambient light is unavoidable, then 30 to 50 ft-L is the recommended goal. 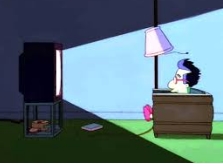 The Nit is a measure of luminance from a direct view television screen.  For reference, NTSC TV studio monitors were capable of about 100 Nits.  HD and UltraHD televisions are capable of about 400 to 2,000 Nits.   One Nit is equal to approximately 3.426 projector ANSI Lumens.
Select this LINK for additional ANSI Lumen to Nit information.

It's a Matter of Scale, Grayscale.

Contrast ratio is the difference between the brightest and darkest screen image.  There are two types of contrast ratio measurement -- dynamic and ANSI static.  The contrast difference establishes the dynamic range of luminance plus shades of color.

The dynamic contrast ratio is the most quoted by manufacturers, e-zines, and magazines.  Dynamic contrast refers to the deepest black versus the brightness white that a television, studio monitor, projector/screen can display, but not at the same time.  Dynamic contrast is an all-on versus all-off test.  This simple test can generate impressive numbers such as 20,000:1 or higher. 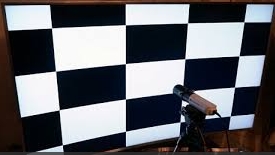 The ANSI static contrast ratio uses a standardized checkerboard test pattern of black and white rectangles.  The ANSI standard simultaneously measures the difference between the darkest black and brightest white displayed side by side on a projection screen.

The lecturer then turned to the seminar audience to explain their exchange.  His colleague had just completed the calibration of a commercial digital theater projector.  300 to 1 referred to the ANSI static contrast ratio he had achieved with the exit lights off.  The lecturer then said, "Given what you just heard, you should be asking, where do contrast ratios exceeding more than 10000 to 1 come from?"

He explained that many projector manufacturers begin with a measurement of light in an absolutely-dark room.  Well, there isn't any light. Then they turn their projector on with the lamp gain set to its highest adjustment.  Then they measure the light at the projection screen. This non-ANSI difference is their contrast ratio specification.  The seminar attendees then responded with a chorus of groans.  The point, be skeptical of contrast ratio claims.

Have you ever heard the expression 'red hot' or 'white-hot'?  Both have their origin in blacksmithing and welding.  As a welding torch heats a piece of iron, it changes from black to red to white, to blue.  This effect is the basis for the concept of color temperature in degrees Kelvin.  6500° Kelvin is the video color temperature standard of white light.  Film uses a white standard of 5500° Kelvin.

The C.I.E. is the international organization of color specification.  The range of visible color, or color space, is the x, y, z, points of the C.I.E. Color Chart.
It resembles a three dimensional cone -- narrow at the top -- wide at the base.
The chart's x and y points stake the color points of red, green, and blue.  All color is more or less bounded within the area of the red, green, blue points.
The chart's z-axis, marks the amplitude, or luminance, of the color.
Some refer to the z-axis as brightness.  But that's not correct.  The z-axis is luminance, the objective measurement of light.  Brightness is the subjective-response of the eye.  The D65 point, near the top, equals 6500° Kelvin, the color white.  The z-axis lowest point equals black.  Points from black to D65 track the gray-scale 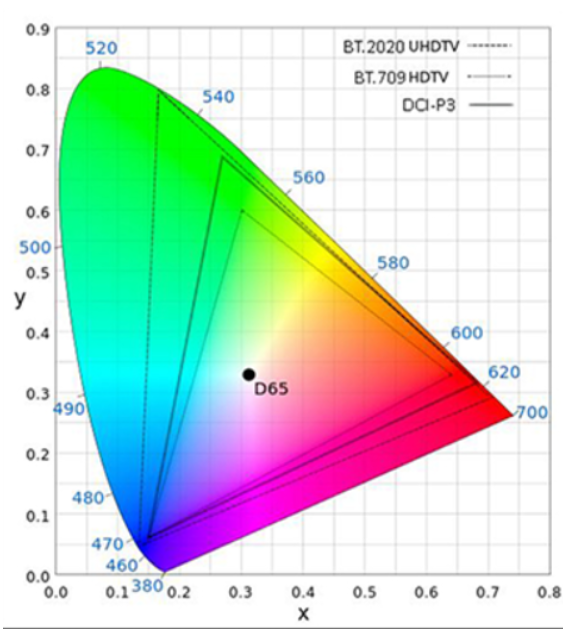 Color space is the total specified space of human vision outlined in the C.I.E. color chart.

Color volume measures the percent of the color gamut achieved by the video display.

Color depth is the number of computer bits allocated to create video color. 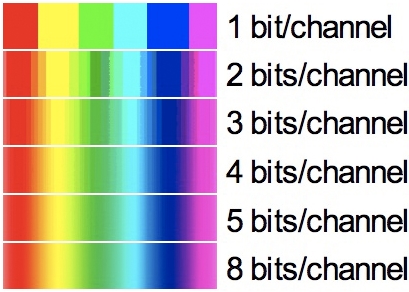 Gamma is a fixed grayscale correction to accommodate the subjective response (brightness) of the human eye.
If you're a seasoned AV pro, gamma is similar to the Fletcher-Munson audio loudness compensation curve. 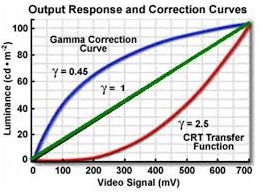