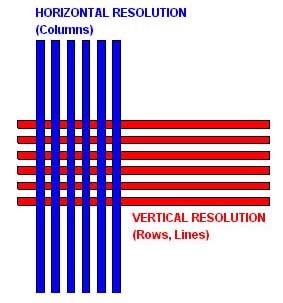 The original discontinued NTSC TV system had up to 525 lines of vertical resolution.  43 of its lines included horizontal & vertical synchronizing data.  That left a balance of 482 lines for the image.


Enhanced Definition Television, EDTV, is a significant improvement over NTSC and SDTV.  EDTV produces the video progressively line by line, which eliminates interlace issues.  EDTV offers a fixed vertical resolution of 480 lines by 704 pixels per line.

1080i (interlaced) results in a vertical resolution ranging from 540 to 1080 lines with 1920 pixels per line at 30 frames per second.
720p vs 1080i
The number of pixels per second is almost indistinguishable.
However, sports broadcasters have favored 720p because it eliminates interlacing artifacts.

UltraHD TV (UHD) increases video resolution to 2160p by 3840 pixels per line @ 30fps, 60fps, and a planned 120fps with a 16:9 aspect ratio.
UltraHD also doubles the color gamut of HDTV.  UltraHD is often incorrectly referred to as 4K TV.  Some also refer to UltraHD as UHD-1.

UltraHD prerequisites plus an option.


UltraHD includes HDMI and encryption prerequisites, plus a recommended option.
Their absence will lead to downgraded video, noisy picture, or a blank screen.

for the HDR10 format

for the HLG HDR format.

Many 1st generation UltraHD televisions and video components are limited to HDMI 1.4 @ 30fps.

High-bandwidth Digital Content Protection encrypts digital video sources with a key that requires authentication from both the transmitting and receiving devices.  HDCP 2.2 is required for all digital consumer -- HD/UltraHD -- video devices.  HDCP 2.3 will arrive sometime in 2021.

MPEG compression is included in video sources and displays.

High Dynamic Range (HDR) expands color volume.  Page 9 covers HDR in detail.
This is considered by many as the most significant television improvement since the introduction of color.

Scaling resolves the issue.  Scaling up-converts the source resolution to interface and align with the TV resolution.

Initial types of scaling were essentially a math process.  They primarily divided the source pixels by the display resolution.  For example, it divided the DVD's 345,600 pixels into HDTV's 2.073,600 pixels.

The latest methods add a version of artificial intelligence.  AI scaling adds an extensive reference image database.  In real-time, the scaling computer/processor compares each frame to the database of images and then applies the best adjustment solution.

Scaling methods are available in many proprietary versions.  The best solutions separate the best manufacturers from the others. 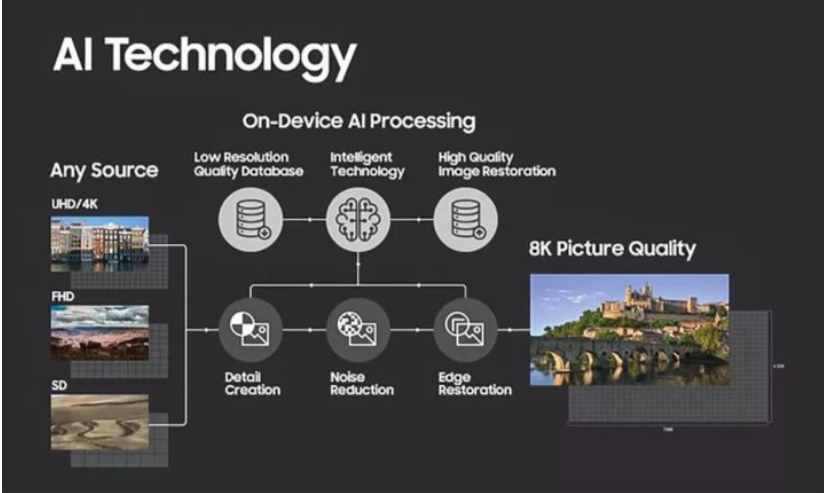