OLED & IOLED descend from the pioneer of solid-state electronic technology - the diode.  An early example is the 1906 crystal radio.  It used a diode crystal called a 'cat's whisker' to detect electromagnetic radio waves (continuous electric sparks), induce an electric-magnetic current, and modulate a crystal earphone that created audible radio.  This 'old diode' consisted of mineral crystals such as galena -- lead crystal.

Diodes regulate voltage, protect circuits from surges, detect and generate radio waves, plus produce light.  Diodes perform these functions by varying their materials and using a technique of adding impurities called doping.  The diode materials include organic carbon-based silicon and inorganic substances such as germanium.

Light from a diode, derived from the phenomenon of 'electroluminescence', is an electrical phenomenon in which a material emits light in response to the passage of an electric current.  Diodes that produce light are the basis of OLED and IOLED TV. 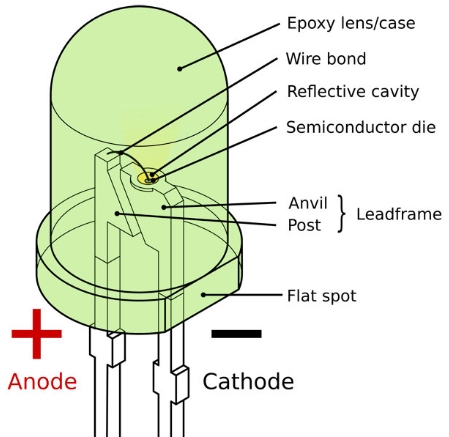 An OLED and IOLED television screen is a solid-state electronic device.  They consist of an electroluminescent layered cell plate or film situated between anode and cathode electrodes.  The electrodes are a transparent front anode overlay and a rear metallic cathode layer.  The anode/cathode layers sandwich the electroluminescent cell.
Injected positive and negative electric charges recombine in the emissive layer to produce electroluminescent light.  The brightness and color are enhanced by 'doping' the emissive layer with a small amount of highly fluorescent molecules.  The result offers a lower black level and a wider grayscale with more accurate broader color volume than LCD TV.

IOLED screens are inorganic semiconducting crystal wafers made of gallium arsenide or gallium nitride.  OLED screens are organic crystal wafers made of materials such as plastic or glass. Due to lower thermal conductivity, an OLED emits less light than IOLED.  IOLED also has a longer illuminating life than OLED.  Yet OLED screens still have a life expectancy that is similar to plasma and LCD technologies. The key difference is cost.  OLED is less expensive to produce than IOLED.

Manufacturers will attempt to differentiate their LED based TVs from their competitors.  Therefore, prepare for an advertising avalanche of video 'buzz words'.
Here is a shortlist of what you may confront.

Active Matrix OLED or AMOLED uses a thin-film transistor (TFT) backplane to control each sub-pixel of the display -- on/off or more/less light.
All OLED and IOLED televisions are active-matrix technology. 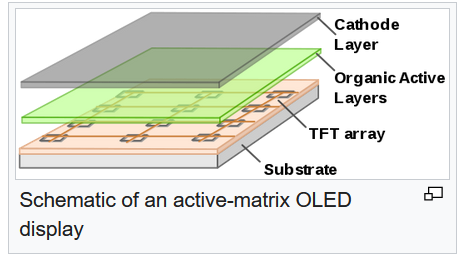 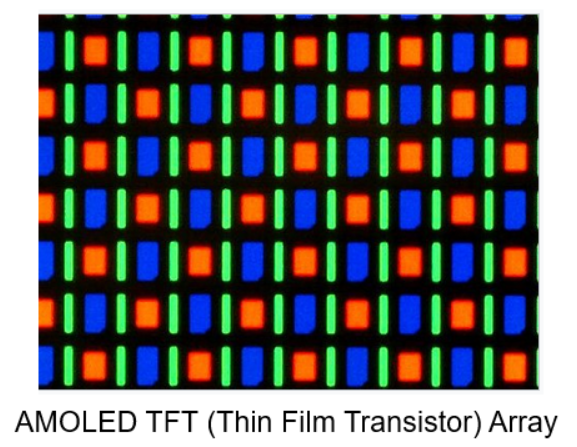 WOLED, also referred to as Super-AMOLED, pairs a fourth white sub-pixel with red, green, and blue sub-pixels.  The extra white sub-pixel increases brightness.
There are two versions of AMOLED/WOLED. 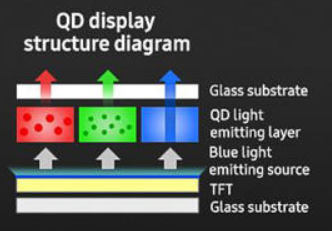 QNED TV is a quantum dot nanorod LED TV.  QNED as QD-OLED is a color-by-blue display.  But QNED replaces organic LEDs with inorganic LEDs.  As previously mentioned, inorganic LEDs are brighter with longer illuminating life.  QNED should be the first IOLED TV to reach retail floors.  Look for QNED release sometime in 2022 or early 2023. 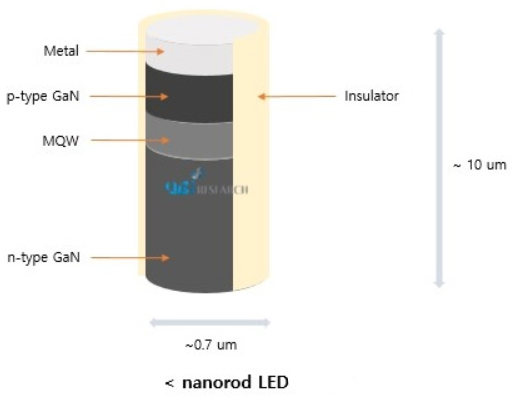 LG introduced a QNED LCD TV.  This may be a good LCD TV, but it is not an IOLED TV.  It is a mini LED full-array quantum dot color filtered backlit LCD TV.
Samsung Neo QLED TV is essentially identical to LG QNED.  Both seem to omit LCD from their descriptions. Bottom line both are very good LCD TVs.

Micro-LEDs (not mini-LED) are almost invisible to the naked eye. Red, green, blue micro-LEDs packed alongside one another offer very high-resolution TVs, from 76 inch to 1000 inches.  These wall-sized Micro-LED TVs, referred to as DVLED (Direct View LED), will become an alternative to home theater projection systems.

Micro-LED TV promises up to 5,000 nits of brightness, blowing past the brightest OLED, and exceeding LCD sets. Given an LED can be turned off to produce absolute black Micro-LED TVs will achieve new levels of contrast ratio.