An Acoustical Strategy
for the small room 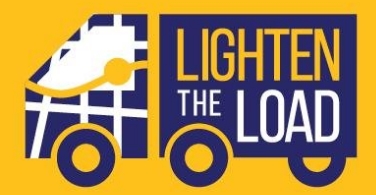 The late Richard Hardesty was a respected audio engineer, consultant, writer, audio reviewer, and I read he was a respectable pianist.  He was also a pioneer of high-end audiophile retailing in Southern California.

Mr. Hardesty acknowledged that in his early retail days, he drove to his customers' homes with a heavy load of audio test gear to deal with room acoustics.
As time passed, the amount of heavy gear decreased as succeeding visits became a near acoustical replay of the previous visits.  Although test gear must have certainly looked cool in the customer's eyes, much of it became unnecessary.  It had become apparent that many of their rooms were just another enclosed box with predictable issues and routine acoustical solutions.

The goal of this chapter is to skip the heavy-gear phase.  And solve acoustical issues with a practical mix of advice from Mr. Hardesty, the Master Handbook of Acoustics, Auralex Acoustics, long-forgotten sources, plus many of my colleagues.

The Acoustical Small Room ..... it's your room.

As outlined in Handbook Chapter 2, wavelength, amplitude, and frequency are used to describe sound waves.  Sound wavelengths range from 56.5 feet to about 3/4 of an inch.  Any room with dimensions comparable to acoustical wavelengths is acoustically a small room.  Therefore, rooms with a dimension of 56.5 feet, or less, is an acoustically small room.

Acoustical small rooms can erupt into resonating cavities of agitated-low-frequency energy.  The small-room is also an acoustic reflecting mirror of high-frequency sound that competes with the direct sound from the speaker system.  It may even have a noisy neighbor. The acoustical-small room is your room with a predisposition to generate acoustical distortion.

Audio distortion is the corruption of reproduced sound.  Acoustical-distortion is an audio distortion created by the room.  Three types of sound perception are affected by acoustical-distortion: timber, imaging, and spatial impression.  Each influenced by the acoustical-elements of room modes, specular reflections, comb filtering, absorption, diffusion, and noise.  However, the management of room modes, specular reflections, and noise is the principle-concern in the acoustical-small room.

Each boundary of the acoustical-small room causes low-frequency sound waves to resonate, much as waves in the ocean. They are acoustical-described as standing waves or room modes.  The primary axial room modes of opposite boundaries (length, width, height) are the most significant.  The wavelengths of the three primary axial-modes are equal to dividing half the speed of sound by its room dimension -- length, width, height.

Their resonating energy can produce an uneven distribution of low-frequency sound that causes deviations from flat frequency response.  That is a principle definition of distortion.