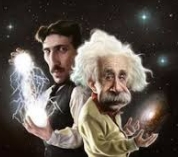 Visible light is the compression and rarefaction of visible-electromagnetic waves.  An initiating disturbance such as the sun or an artificial light source starts the cycle of visible electromagnetic energy.  The electro-magnetic-cycle continues until it terminates in our eyes or fades away.

White light projected through a prism separates into a rainbow of all the colors of visible light.

- The wavelengths of visible light range
from 400nm to 700nm.

- Invisible light with wavelengths
shorter than 400nm is the ultraviolet spectrum.

- Wavelengths longer than
770nm is the infrared spectrum.

The amplitude of light is its intensity, measured by its directional radiating power of luminance.  Luminance, measured in units of the lumen, ranges from 0 to more than 12000 lumens.

The subjective intensity of the light to the human eye is brightness.  Brightness is to light as loudness is to sound.  As the ear is sound, the eye is not equally sensitive to the entire bandwidth of light.  It is very sensitive to the wavelength of green light, less sensitive to red light, and even less to blue light.  Furthermore, the amplitude of light creates two states of vision - scotopic and photopic.

The scotopic state is our adapted night vision.  It involves the rods of the eye's retina, which are very sensitive to the intensity of light.
But their sensitivity is limited to the shorter blue colored wavelengths.

Radio is the compression and rarefaction of invisible electromagnetic waves of energy.  An initiating disturbance such as the sun or a radio broadcast antenna initiates this cycle.  The cycle terminates at a receiving antenna or fades away.

The wavelength of radio ranges from a few hundred yards as AM radio to a fraction of an inch as satellite TV.

The power or amplitude of radio's electromagnetic energy, measured in watts, is equal to the flow of electrical current in amps multiplied by its pressure in volts.

Don't change that channel.  We will return to the exciting conclusion of radio in chapter 3 following these messages.  Please stay tuned.