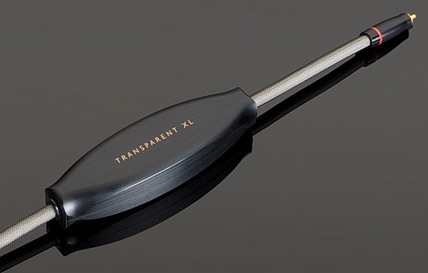 The AV system sequence cannot exist without interconnecting wire and cable.  Although constructed of metal wire conductors and insulation, an AV signal does not merely travel through the metal conductor.  The AV signal is an electromagnetic wave that propagates along the metal conductor within its insulator boundary.  Cable and interconnects fundamentally behave as wave-guiding conduits.
These extended conduits, the longest circuits of an AV system, must negotiate the same obstacles as the shorter circuits in AV components.  These obstacles include noise, resonance, resistance, inductance, and capacitance.

As acoustic noise in a room, electromagnetic noise can bleed in and out of an electrical environment.  For example, long parallel strands of wire in an interconnect or speaker cable can behave as an antenna that attracts and generates electromagnetic noise.
Also, similar to problematic acoustical reverberation, the impeding electrostatic force within the cable can also temporarily trap and randomly release bands of audio out of phase from the balance of the original waveform.  Random sound is noise.

The management of resonance is a frequent theme in audio.  It is a function of how electrical inductance or acoustical mass plus capacitance responds to fluctuating low-frequency energy.  In acoustics, this defines room modes or standing waves.  In an electrical circuit, it is electrical resonance.  Unwanted resonance creates deviations from flat frequency response.  The result distorts audio.  Resistance, inductance, and capacitance are the fundamentals that set the electrical resonance table.

Room boundaries create and define an acoustical-field.  Magnetic fields establish the boundaries of an electrical circuit.  Though they are not as tight as an electromagnet, speaker wire and interconnects are still coiled parallel circuits that also create a magnetic field.  The magnetic flux in this field defines inductance.  Inductance impedes electrical energy.

Inductance is the force that squeezes the capacitance spring.  Resistance sets the table for each.  The resistive spring-like interaction between inductance and capacitance describes reactance.  When inductive reactance equals capacitive reactance, it produces a ringing peak.  This ringing resonant frequency creates deviations in frequency response, distortion.  This electrical interaction also bandpass, trap, stores, and randomly releases energy.  It is the random electrostatic noise mentioned earlier.

You cannot eliminate all sources of noise, resistance, the resonance impeding reactance forces of capacitance and inductance.  But careful design choices can minimize their distorting effects.
For instance, many strands of pure copper, silver, or silver-coated copper can reduce resistance, which translates into a better transfer of energy.  Polypropylene insulation infused with air pockets can reduce capacitance, which can minimize the inductance-capacitance spring-like interaction.  Shielding and or interleaving of insulated conductors referred to as twisted pair geometry can reduce noisy antenna effects.
The electrical dilemma is each design choice affects the other.  More insulated strands can increase inductance and capacitance, less increase resistance.  The noise shield coiled-like interleaving of twisted-pair geometry can shift the reactant resonant peak point to an undesirable frequency.
Quality cable manufacturers work the problem with the same strategies utilized in speakers, acoustics, and all electronic components.  They select a recipe mix of resistive, capacitive, and inductive trade-offs that fulfills their performance trade-off goals.
Many cable and interconnect manufacturers augment twisted-pair techniques by limiting cable bandwidth with a low pass filter network.  Many vary twisted-pair design-techniques that realign the phase of bass-frequencies with the band passed high frequencies.  Some also augment phase alignment and re-tune resonant peaks to a less offensive point within the filter network.

Negotiating noise and unwanted impeding reactant resonant forces with an audio-video interconnect or speaker cable is a mix that seeks to minimize the compromise that confronts the same physics found throughout the AV system sequence.  Therefore, select speaker cable and AV interconnect with the same consideration given to room acoustics and the system components.

Select this line to Ed's AV Blog for a more controversial account of this subject.